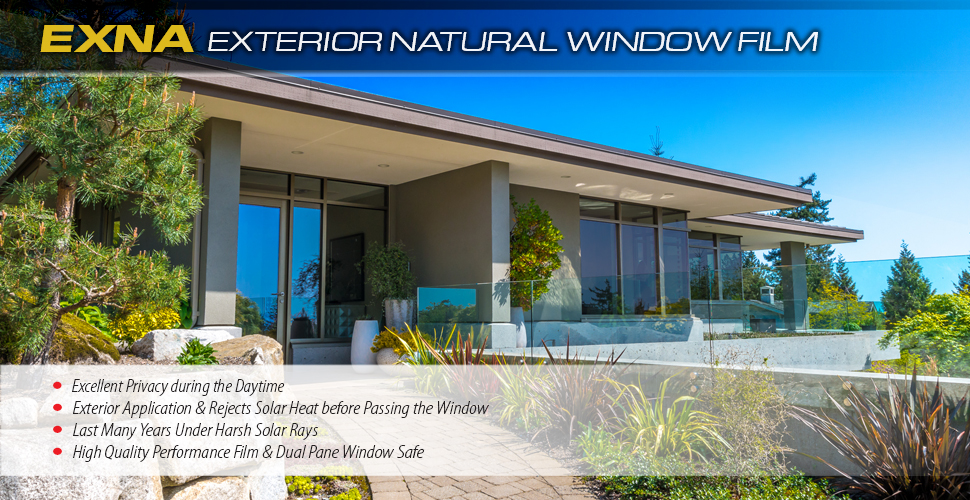 Exterior Natural Window Film goes on the outside of the window, unlike traditional films that are applied on the interior side of the window. These films are made of high-quality materials that are designed to weather the elements. The reflectivity of the film blocks heat before passing through your windows. This will keep your home much cooler as it reduces the heat stored within the window. WINTECH's Privacy and Sun Control Exterior Window Films are highly reflective window films that enhance daytime privacy. If Exterior Window Film is installed on a window, it gives the window a mirror-like, reflective appearance on the outside for the unwanted onlookers while still allowing the people inside to see the outside scenery through the window during the daytime. During the daytime, the sun makes the outside much brighter than the inside of a building, so the outside of the window (the side that's exposed to sunlight) will look like a mirror, giving passersby a view of nothing but their own reflection, while people can still see through the window from the inside. In contrast, during nighttime, the interior lighting of your home or office will allow people outside to see inside, and it will be harder for you to see outside because the inside of the building will be much brighter than the outside.